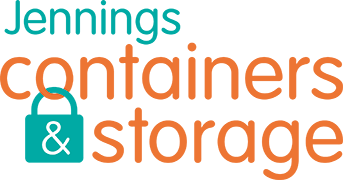 Speak to our friendly team to help find the best storage

Prior to the vote on whether to remain or leave the European Union, there were plenty of dire warnings about the future for British business. The prospect of a collapsing economy didn’t paint a pretty picture for a future following Brexit. Despite this, the majority of voters opted to leave. As the results came in, the first shockwave hit the markets and tales of the next recession were told.

Whilst there is still a long way to go before the UK can be confident about the economic future, the worst case scenarios have yet to play out. Uncertainty remains, but as companies plan ways to optimise business outside of the EU, there is a sense of light at the end of the tunnel.

In some areas and industries the negative impact will be felt, but there are also new opportunities to be sought. As time passes, those businesses that embrace the challenges and draw on fresh approaches could reap the rewards. Innovation and creativity are likely to be at the heart of positive economic developments.

The Role of SMEs

When it comes to innovation, creative thinking and adaptability, the UK’s SME’s have a strong reputation. Currently employing around 16.8million people, small businesses play a vital role in economic development. They are often better placed to react and adapt to changing markets and consumer demands, than large corporations.

In a recent Capita Economics report that was commissioned by npower, the cities with the best growth prospects for SMEs would support the UK’s economy as it moves forward into this new era. In addition to the City of London, cities including Bristol, Leeds, Birmingham, Brighton, Manchester and Oxford were all identified as having the necessary credentials for SME growth.

The report states the importance of a skilled workforce, broadband speed, supportive Government policy and access to finance as factors which contribute to an SME friendly business environment. Business hubs and incubators, access to training facilities and collaborative business networks are other ways in which SMEs gain the support and expertise to grow.

Oxford has long been a centre for innovation, talent and collaborative business practices. There are strong networks, community focused initiatives and good facilities to signpost new and established companies towards the support they might need for growth. With these factors in place, Oxford businesses are expected to make a significant contribution to the generation of new jobs and increased revenue that the UK needs during this period of economic transition.

Business growth can result in the need to physically expand. Whether it is a bedroom business moving into a shared office, an ecommerce supplier looking for suitable warehousing space or the need for temporary storage for a company that is relocating, the solution could be found in self-storage.

Oxford based self-storage company Barretts has developed a range of facilities that are specifically aimed at supporting SMEs. Self-storage Oxford could provide you with a secure unit for storing specialist equipment, confidential files or valuable stock. In addition, Barretts offers office desks and meeting rooms, ecommerce fulfilment services, mailboxes and other business services. If these facilities could be just what your business needs in order to realise its growth potential, get in touch or find out more here.

Whether you’re moving home, decluttering or a business desperate for extra storage space, we offer everything from small lockers right up to warehouse storage.